Wayne Purdy European Motors was established in Clearwater in 1958, owned and operated by Wayne Purdy, Sr. and his wife Atala, both formerly of Stamford Connecticut. Their vision for the company was and still is, “Service is our ONLY business.”

Wayne Sr. quickly established a solid reputation in the surrounding community as being the “go-to” man when mechanical problems stumped other auto technicians. His work was impeccable and he quickly gained a reputable following of loyal customers, many of whom still rely on Wayne Purdy’s to service their vehicles today.

Originally focusing solely on repairs of foreign vehicles, such as Mercedes, BMW, Porsche, VW, etc., the company evolved over the years along with the changes in auto manufacturing and technology to eventually servicing both foreign and American-made vehicles .

By 1974, Wayne and Atala were able to realize their dream of building their own repair facility, just two doors down from the commercial property they had rented for sixteen years. The new building remains their current location at 1455 S Martin Luther King Jr Ave.

Wayne Purdy European Motors is truly a family-owned and operated business with Wayne and Atala’s two sons and daughter being active in the business since their teenage years. Their sons, Wayne Jr. and Martin (Marty) trained as auto technicians under their father’s direction during their high school years, are ASE certified Master Technicians, and remain active in the business today, more than forty years later. Wayne Jr. is also a United States Air Force veteran. Since 1984, Marty & Wayne Jr. have managed the day-to-day operations while providing oversight and direction for their technicians, all of whom participate in continuing education courses to keep abreast of ever-changing technology.

Their daughter, Kathleen, worked in the office alongside her mother from the age of fifteen, answering phones, helping customers and learning the bookkeeping. After marriage and children, she focused on a degree in accounting and attained an MBA. While always maintaining the accounting for the business remotely, Kathleen rejoined the business full time in 2019 when her aunt retired after twenty years of service. Two of Kathleen’s three sons also work in the business as auto detailers and lot attendants.

Now, all three siblings work side by side on a daily basis and strive to not only maintain the level of service, excellence, and respect that their parents worked so hard to gain, but to hopefully exceed that level by honing processes and procedures and focusing on excellence in customer service and satisfaction.

Sadly, Wayne Sr. passed away in May of 2017 and, for now, Atala remains the sole owner. While not actively working in the business, she occasionally graces the front office, filling in for Kathleen when time off is required.

Nearly 65 years later, Wayne Purdy European Motors remains a reputable and well-respected operation serving Pinellas and the surrounding counties. A reputation built on trustworthiness, dedication to customer service, experience, and excellence ensures that your vehicle is in the best hands possible. 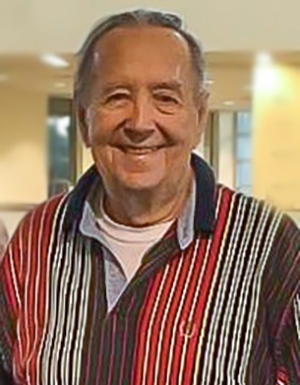 NEED SERVICE FOR YOUR VEHICLE?Request An Appointment